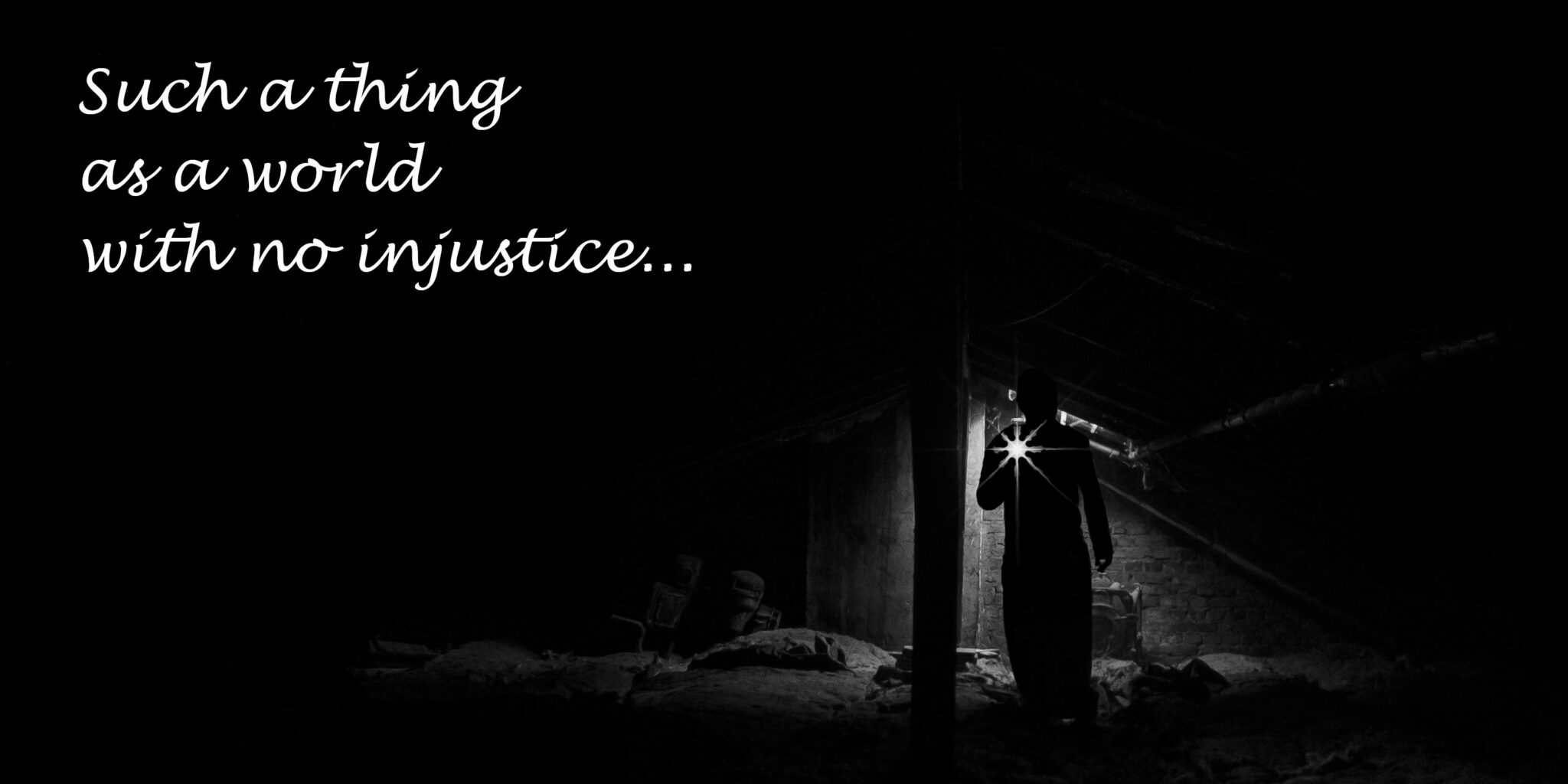 Why Does the World Seem so Dark?

Why do innocent children suffer and die of starvation at a rate of 3.1 million a year (BBC), 8500 a day? Why does the slavery of innocent women and children enrich criminal syndicates? 40% of children grow up without a father. Need I mention depression, cancer, or disease? Why does suffering target good and evil alike, as if God made no distinction? It can seem so random.

What if it Were Different?

Surely God could have made any kind of world He wanted. He could have made such a thing as a world without suffering, and that is exactly what He did, in fact, until Adam’s sin broke the world and brought the curse. But even in that broken world, God could have chosen to place more immediate judgment on sin, rather than to allow sin to linger and grow so that suffering appears so random. The rule said, “If you eat of the fruit, you will surely die” and Adam truly did die, eventually. But God allowed Adam to spend 900 years propagating sin before death ultimately intervened. The same has been the case with wicket men through history. God could have done things differently. He could have designed the very laws of reality to operate such that suffering only fell on the oppressive and wicked, and immediately so. Imagine such a world. Imagine a world where bad things always and only happen to bad people. What would it look like? Perhaps, as an exercise, we might consider it.

If justice were always instant, what would society become? Evil men would die or mend their ways. Before long, we would all be rule followers. Either the rules would be so strict that we would all fail and be killed, or else the rules would need to be relaxed to some degree. And then if they were relaxed, we would seek to master the art of being ‘good enough’ to avoid cosmic justice, while still doing things our own way where possible.

Imagine growing up in such a world, where from a young age, every time you disobeyed, without exception, you suffered. Imagine, conversely, that you received immediate rewards every time you did good. How would that shape your young heart? What would become of your motivations and worldview? Could you really learn to love? Would faith be possible? If you knew exactly what the reward would be for any good action, could you learn to be motivated by love, or would every good action stem from selfishness? Would there even be a way to tell the difference, even within your own heart? Would there be such a thing as sacrificial love? All life might quickly become a manipulative, self-serving game?

Outrageous sins would likely disappear, but so too would genuine sacrificial kindness. And would you even be grateful at the supposed kindness of others? If someone picked up your fallen papers, wouldn’t you suspect rightly that they were seeking a cosmic reward? How could you trust the love of another person? You would have the same problem as most billionaires–you would have no way to discern who your real friends are.

And wouldn’t we all judge one another continually? Any time something bad happened to our neighbors, we would know with certainty that they must have committed some vile sin to stir up the calamity. We would immediately know the goodness of others by looking at their outward circumstances, so we would have no reason to empathize with those in pain.

How could we become assured of God’s love if we knew that his blessings were entirely based on what we did? Faith would become non-practicable because there would be no delay in justice, and so no need to trust God through suffering.

We are right to desire justice, but it is good, in my judgment, that justice is often delayed. In this present world, life is very complex, and horrible things happen. But in this world, we find that our lives have been invaded by a God who loves us and wants us to follow him. This God tells us that we will face trials and hardships if we follow. He tells us to take up crosses and count costs. He says that bad things will happen, and we will be like sheep led to slaughter, but that He will take the worst upon Himself. He tells us to love one another, not so that we will benefit, or even so that we will be loved, but because we have been loved. We live in a world where suffering is real and deep, and often incomprehensible, but it’s also a world where things like faith, hope, love, trust, endurance, and kindness have meaning.

Is that enough? Is it worth it? Perhaps it would not be, given the immense scope of suffering, except that suffering is not permanent. In the end, God promises to make everything new. He will bring justice, and everything will be made right, but not before we have experienced faith, hope, and genuine self-sacrificial love–love that reflects Jesus own love. Love that costs us something. We may still wrestle, but if Jesus, for the joy set before him, endured the cross, and scorned its shame, then we may trust that someday it will all make sense, for the joy set before him is before us as well, and our cross is not so heavy as his.