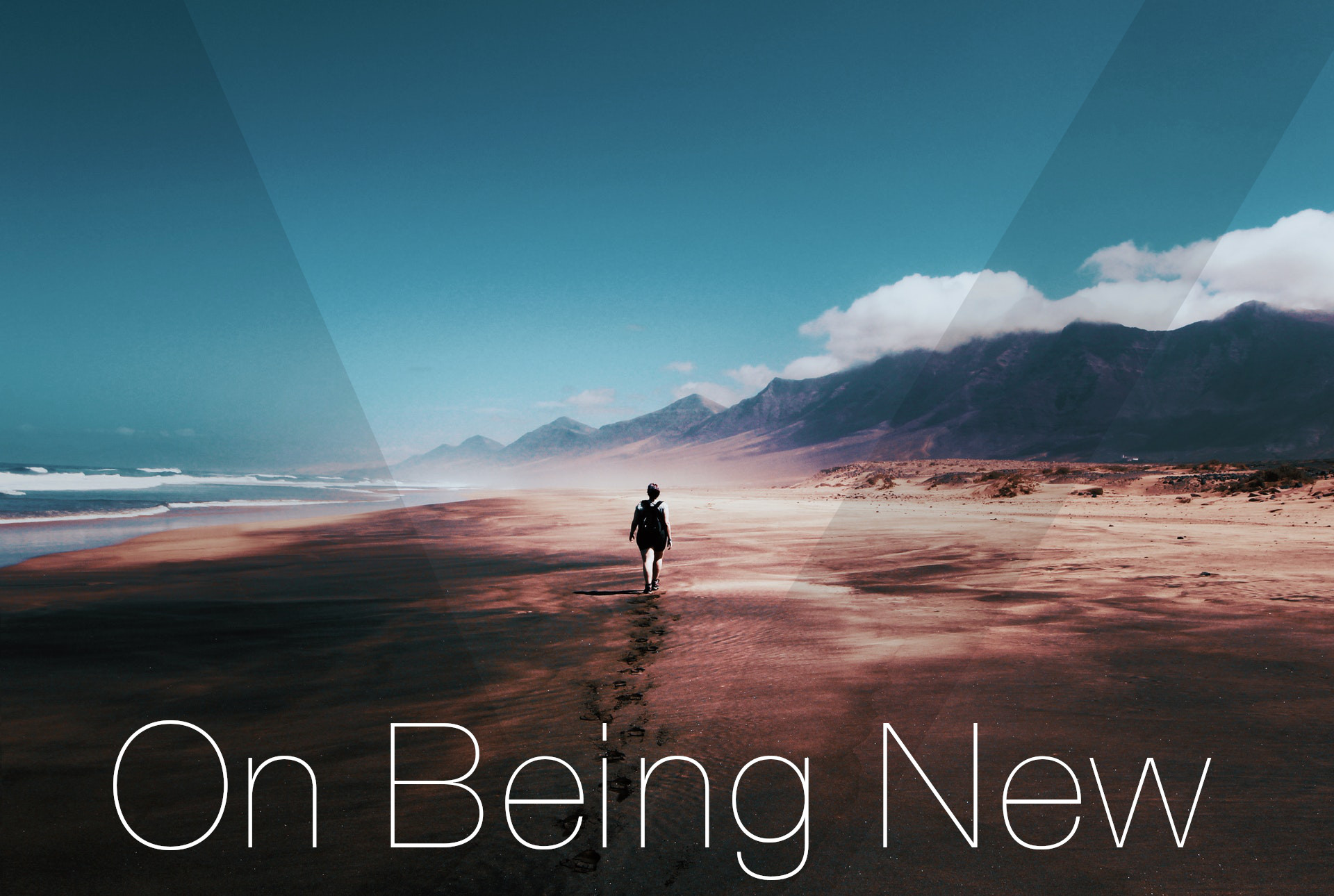 Little William was more handsome than all his peers. Mrs. Goodsworth always said, “You’ll go far, William, if you can back up that smile”. William’s smile got him out of many otherwise precarious situations, but he wasn’t sure what exactly she meant about backing it up. William did not consider himself particularly smart or clever, but neither did he mind, because he knew enough. He knew how to entice the help of others. What more could he need?

The day the trouble started, it was rotten and overcast. William was already in a bad mood. When he rolled to get out of bed, he felt a sharp pain in his arm. He looked down at the spot where Lucie had cut him open with the garden shovel—he reminded himself he still needed to get even—and he saw that the wound had never really healed. It had been easy enough to ignore this last week, but now he noticed something green and oozing; it smelled terrible.

William felt a sudden urge to go to the nurse, but then he imagined the embarrassment of the whole school knowing and gossiping about his arm. He settled instead to cover it with a long sleeve sweater, even though it was too warm to make sense.

As the days passed, the wound continued to grow, and William grew more creative at hiding it. He wrapped his arm in scraps of leather so that it wouldn’t ooze through his shirt. When even that wasn’t sufficient, he began dawning an old cloak costume and started pretending to be a ranger or outlaw. The smell was harder to explain—He first pretended like it was coming from others. Then he began wearing cologne. When even that couldn’t mask it, he began catching and dissecting small animals, pretending to be suddenly interested in biology, and he excused his smell with references to his ‘work’. William’s classmates heard his explanations with increasingly skeptical looks, and he got less and less eye contact as he passed about the dormitory.

William knew that the infection would soon spread to the point that it could no longer be hidden, no matter what lie he invented. He thought about pretending to be an astronaut. Lying awake in bed in pain, William pondered what to do, wondering if he might find the courage to come clean.

We have a default setting in our hearts, and we do not depart from it except rarely, and only then by God’s grace. We self-justify. Rather than kill our sin, we accommodate it. We build up theologies, philosophies, and scientific theories to vindicate our starting place; we make excuses and invent lies, deceiving even ourselves. Our sin is like gangrene, set upon our souls, and rather than cut it away, we accommodate it. We placate it.

Why? Why would it take 30 minutes of pressure for my dear friend to apologize, and even then it comes out as an “I’m sorry if I…” No, come on, we both know you definitely did! Why do I always have a perfectly good reason for every mistake I make, just waiting there on the tip of my tongue to vindicate me? What drives the philosophers to invent increasingly absurd theories to avoid a belief in God? What drives me to pretend all the time?

When you want to solve a complex math equation, you need to know which letters stand for variables and which ones stand for constants. You cannot confuse the two, or you will get an absurd answer (or none at all).

When you want to live a rich human life, you need to know what the variables are and Who the constant is. If you take a variable and make it the constant, you will spend the rest of your life manipulating the equation, trying to get the math to work. It never will, because you will have started from the wrong place.

The insidious root of our problem is idolatry, but it is actually even worse than that. We make our idolatry our identity. ‘Idolatry’ is putting anything in God’s place as your first love. We love created things and place them in God’s place, and then we solve the equation for life, but the math does not work.

Not only do we put idols in God’s place, we wrap those idols into our very identity, making them inseparable from ourselves. When someone attacks my sin, I feel as though I myself am being attacked, because I identify with my sin. That is exactly what William did. His identity was in his looks and charm. When gangrene set upon his arm, his foundational constant was: I am attractive and charming. He could not question this constant, so he found another way to solve the problem. He hid. William maintained his idol as if his life depended on it, or rather, was it.

William saw his arm as an essential extension of himself. Even when his arm was killing him, he protected it as if it were his own heart. This is precisely what we do with our flesh. We treat it like a limb. We identify with it and so we guard it even when it is killing us. My dear friend cannot confess his sin, because his sin is a part of him, and to expose it as terrible would be to expose himself as terrible. But his unwillingness to cut off his sin, to expose it and reject it, is providing that sin with everything it needs to flourish, and all of his excuses only provide it more ground to kill him.

The good news of the gospel is that God has drawn a dividing line between our sin and our souls. God has given us a new identity as his children, and He promises that if we cut off our sin, we will yet remain intact–He will restore us to life.

We, as William, are invited to expose our sickness and cut off the gangrene before it kills us. Cutting it off will feel like death, and it is not something we can do without help, but it will save us. We can cut it away precisely because it is not our true identity. We are not our looks or charm. Neither are we our flesh or arm. We are not the approval of others. We are valuable because God has declared us to matter. Jesus’ words ring out, “if your right hand causes you to sin, cut it off”

God has given us a new identity as his children, and we are no longer connected to our sin. For this reason, as Christians, we are completely free to expose it, and disown it, and separate ourselves from it. Your sin IS NOT you. Read Romans 7, where Paul speaks of his flesh as something separate from himself!

The best way to illustrate this may be a simple word search of the Bible, which you can do Bible Gateway. Search the following words, and as you read the results, ask yourself whether God’s children or God’s enemies are being referenced in each verse. Look up ‘sinner’, ‘sinners’, ‘wicked’, ‘liar’, ‘slanderer’, ‘glutton’, and ‘drunkard’. Then look up ‘beloved’, ‘saints’, ‘brothers’, ‘dearly loved children’, ‘holy and dearly loved’. What you will discover is that God’s children are almost exclusively called by their new identity. Of more than a hundred verses with the word ‘sinner’, only two of them reference believers. This is not to say that believers do not sin, but rather that the Bible gives us an identity outside of our sin, which in turn, frees us to disown and expose our sin.

The Bible shows that our sin is something separate from and outside of ourselves, and thus we can cut it away without cutting out our very selves. When we take that step of faith, cutting our sin away, God does a new act of creation. He gives us all the life we thought we would lose (and more!) and fills us with joy. Our sin no longer festers. We no longer need to make excuses or hide it. Neither must we blame the smell on others, or cover it with perfume. We don’t have to come up with other plausible explanations for the smell. We can build our theology, philosophy, and worldview with the correct foundation.

Some answers may yet elude us, but we will be working on the right equation. We need no longer lie to defend our sin, because our sin is something alien, which we are happy to disown and destroy. Like William, our infection will soon spread until it can no longer be hidden, no matter what lie we invent. How our story ends is up to us.

God, you are so kind to see me apart from my sin. Thank you for my new identity as your child. Help me to live out of that new identity, and so cut off and disown my sin.

Did you Enjoy this post? Please share it with a friend; It helps us out a lot! Have an idea for a future post? Submit it to calledtogetherus@gmail.com